Stephen found his love of music at the early age of five while singing alongside his father. From the first time he stepped in front of a microphone, he knew he belonged on stage. He started singing and performing professionally at age 12. He began singing lead in a band in high school, and has been performing ever since.

He formed his own band in 1998, and was quickly opening for major acts including Chris Ledoux, Ray Price, Darrel Worley, John Anderson, Earl Thomas Conley, John Conlee and many others. After a few years, the band played itself out, so Stephen set out on his own, doing numerous acoustic gigs, and even playing with a rock band. After a long period of soul searching, he remembered where his heart truly was…”true country.”

With a renewed passion to write and produce his own music, he reunited with old musician friends and formed Stephen Chadwick and the Tonk Machine. He wrote several new songs and recorded his first original album, “Nashville Texas.”

After a lengthy run, Tonk Machine was disbanded and Stephen again went at it alone. This time there was no hesitation. He immediately formed a new band, and hit the ground running. He continued to write and play live. The work paid off, and today he packs out one of Texas’ largest dance halls, Mo’s Place in Katy. It’s there that he’s introduced the Texas market to his solid originals like “Waitin’ On You” and “She Might Be A Love Song.” 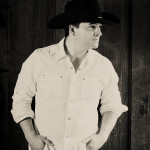 He took those originals, and a handful of new songs from hit song writers in Nashville, and recorded a new demo with six of Austin’s best musicians. He then took those players to Nashville and played an industry showcase at 12th & Porter. The response has been incredible, and Stephen is poised to take a big step in his career.

More song writing and live performances are in store for Stephen, and he couldn’t be happier about it. His strong desire for his brand of true country music to play on radio stations, and to perform it in front of audiences coast to coast, is unyielding.